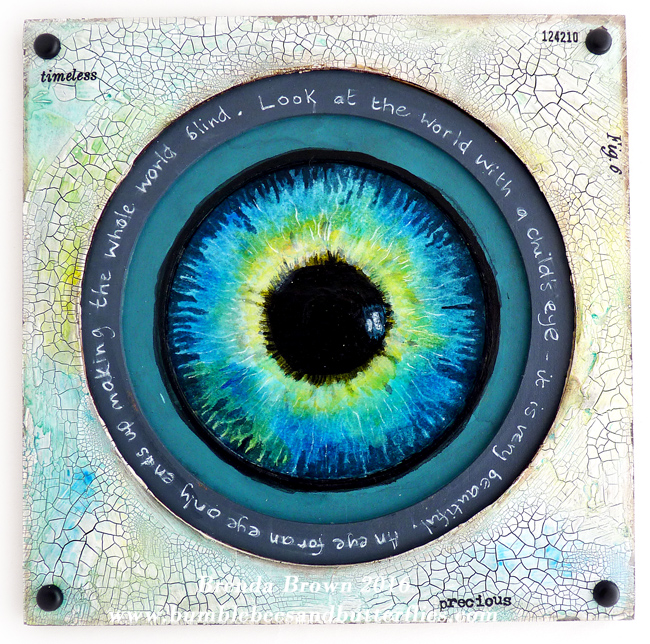 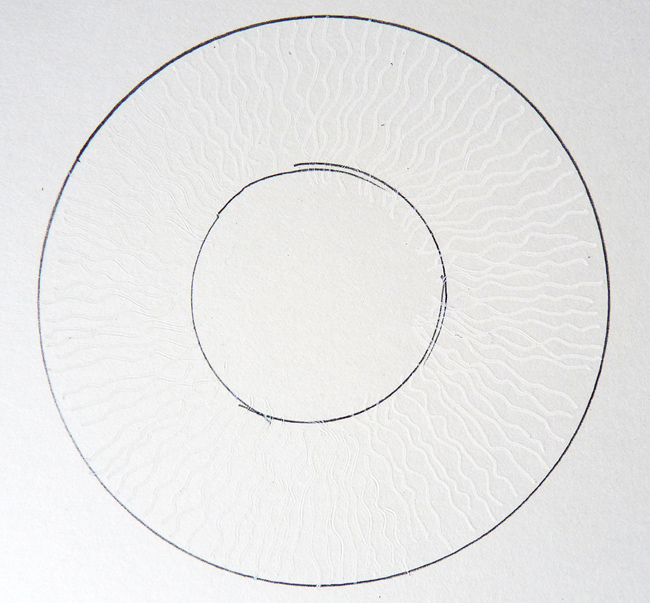 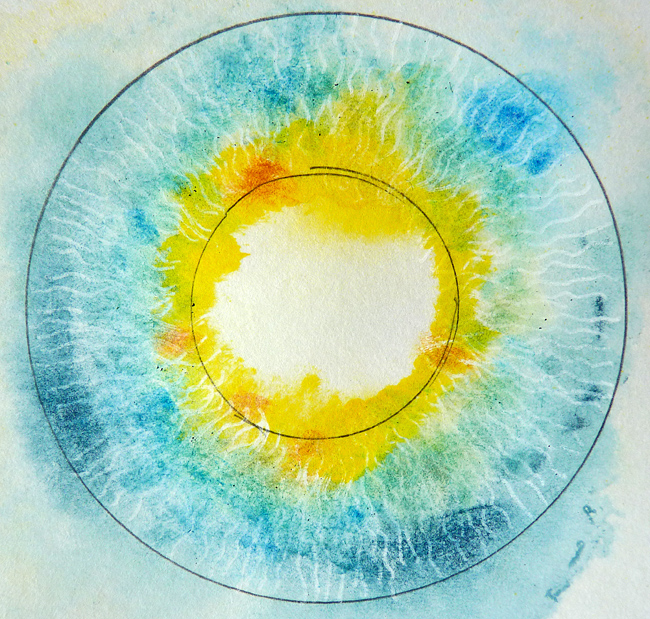 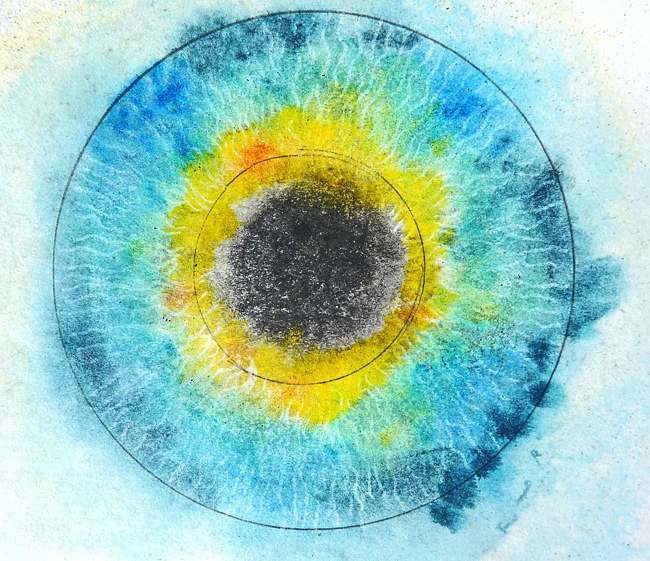 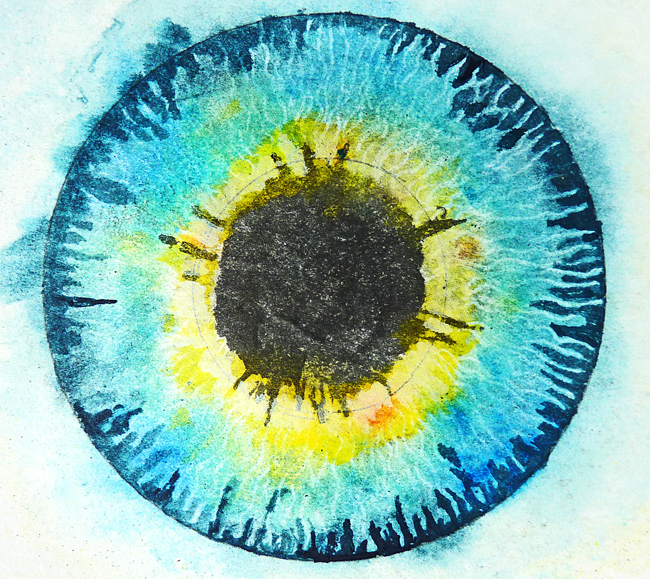 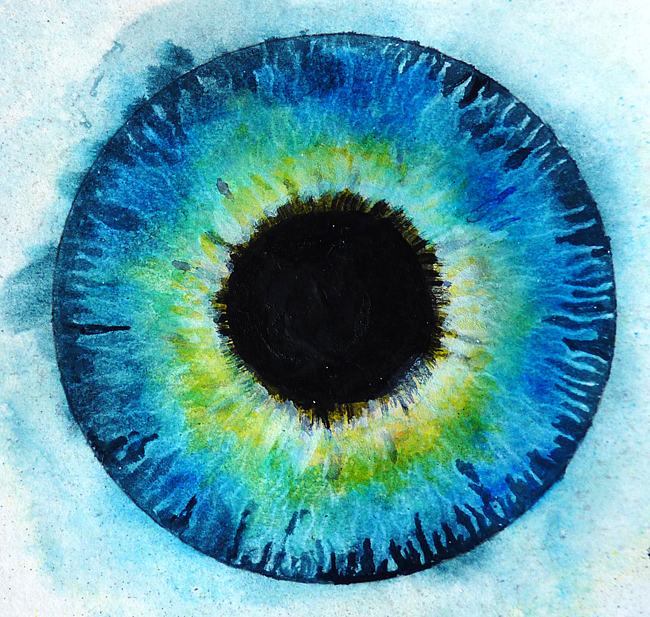 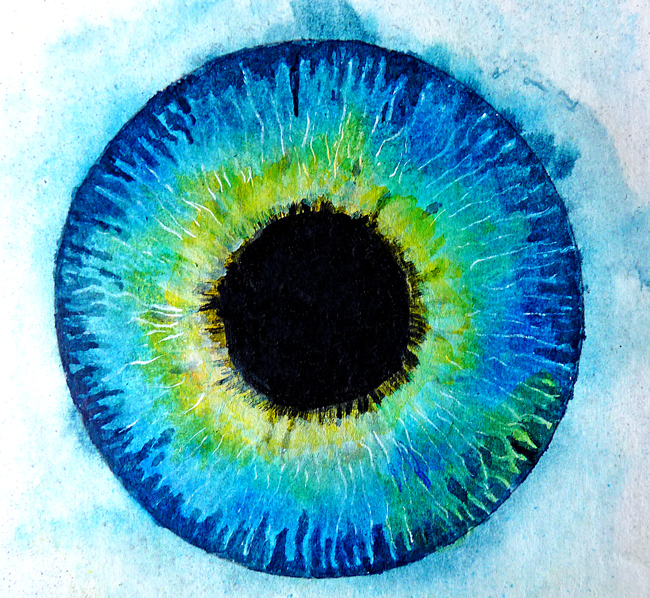 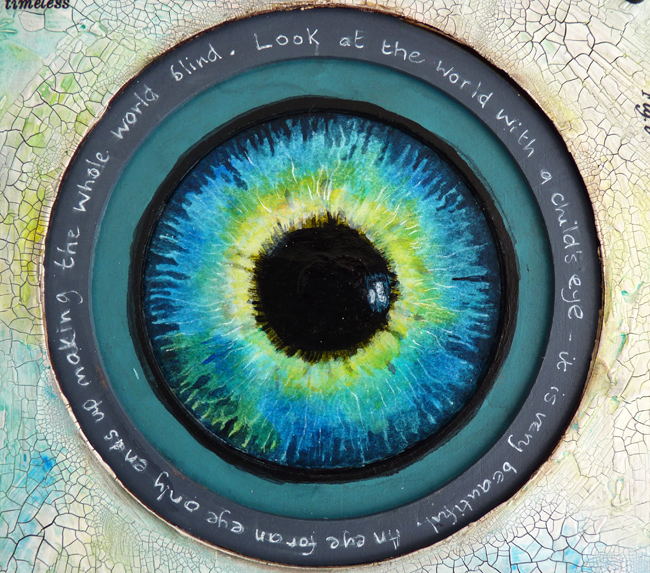 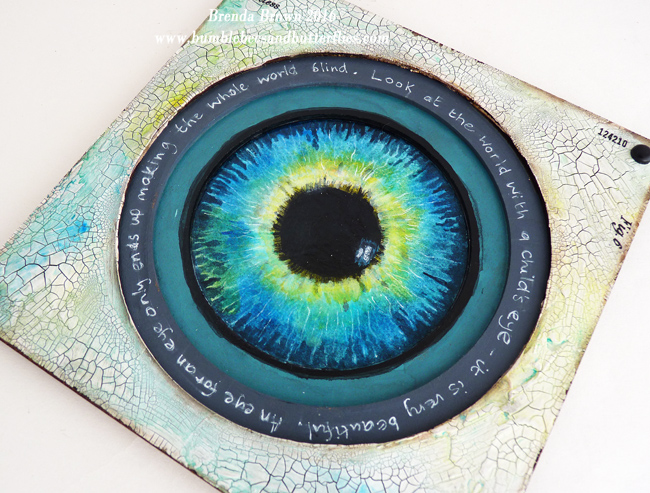 the eye is just beautiful, Brenda and the overall effect is stunning.

Love this Brenda, the eye, the lens effect and finally the crackle !!! I agree that the white crackle space considerably lightens the dark piece,it also mimics the white of the eye and reinforces the 'eye' effect !! wonderful piece of art !!
http://kalasirjana.blogspot.in/

Oh my. ..This is absolutely stunning! Your eye is do beautifully crafted and a visual treat. Love the lens added and the entire construction. Awesome Brenda.

Stunning and a joy to watch how it took shape ... amazing art love it Brenda xxxx

This is amazing! I love the build up of colours, it will be creepy to have in your craft room! X

Wow Brenda I really love it, very clever indeed and so effective. The lettering is perfect and so true. Fab work my friend. Hugs xx

Wow Brenda, this one completely hypnotized me!! I couldn't pull my eyes away! What an amazing piece, such detail and effective depth and tones! Loved watching how this came together too! Hope you had a great weekend! hugs :)

Love you shared the process and love your amazing result! So stunning!
Thanks for sharing,
~kim

Wow Brenda! My jaw dropped! This is amazing! Your iris is so beautifully painted. What a great idea, great project for the Circle Challenge! Just brilliant! Hugs

Wow Brenda. Your Circles look amazing. I thought I was seeing things ( pardon the pun ) the colours alone are exceptional. You are so clever. Hugs Rita xxxx

Stunning result brenda and what a terrific idea. Love it to pieces xx

This is Incredible! Brenda My kind of art for sure. So powerful in many ways ! Loved seeing the development of the eye and love the dimension the eye has and I did wonder at first if the highlight in the pupil was actually an image of someone ( I know.. my mind... ), How you managed to get the words to fit perfectly in the circle must have been no mean feat.
This is an absolute all time fave for me!
hugs x

The concept is clever and well executed in the final piece! The painting of the eye is fantastic, as is the crackle.

Wow this is stunning Brenda, looks amazing and it's right up my quirky street too of course ;)
Hugs
Donna xx

This is totally inspired Brenda! bet that you are thrilled with the results1 xx

This certainly is different! I do like the variations of color.

You find your eyes being drawn into this mesmerising project Brenda. Beautiful work and so unique.
Julie x

Wow Brenda, that is one fabulous eye!!! xx

Wow, Brenda, what a stunning project! Loved to see how you painted the eye, so much depth! The created 3-D-effect is so great and I love your background too!
xx Evelyn

Oh my gosh - this project is more than brilliant - utterly beautiful and so special! I am in love with it!
oxo Susi

This is wonderful Brenda, it really does have everything with the eye and the lens, and the gorgeous crackle. A really stunning piece xx

J'adore ! It's an amazing idea and a wonderful work. Magnifique !

Saw this over at CV Brenda - it sure is bewitching!! FANTASTIC piece. Nicola x

Wooow! I thought the eye was a sort of picture and then I marvelled at the step by step, you created itfrom scratch, it is amazing, Brenda! And I love you lightened it a little bit with pastel colors, brilliant!

A totally brilliant piece and such a fab creative idea! Fantastic work like always my friend!!

Wow, that's amazing Brenda, perfect interpretation of an eye and inspired to put it in the camera lense, thanks so much for sharing it! Deb xo

What a statement piece, Brenda! Your eye looks so realistic, I found myself playing that old game to see who would blink first! Your wonderful artwork won! So fun to see this come together with all the layers of color, and of course I love that crackle frame. Your words ring true! Thank you for sharing your process, and yet another amazing creation! Big hugs!

Oh My!! This is fabulous - love the quote you have used! Chrisx

Positively gorgeous! So glad to have a quick catch up via BlogLovin... as usual your creations are fantastic!!