Add some texture for CVC

Today sees the start of a new challenge at Country View Challenges. 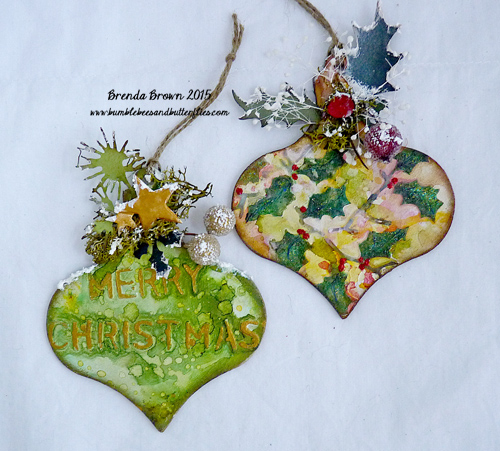 Here are some experiments using brusho powders and distress paints and I so love the artsy effects on these chipboard Christmas baubles. Altogether I have made four of these and am showing you the two smaller ones in detail today and the larger ones will be later in the month. 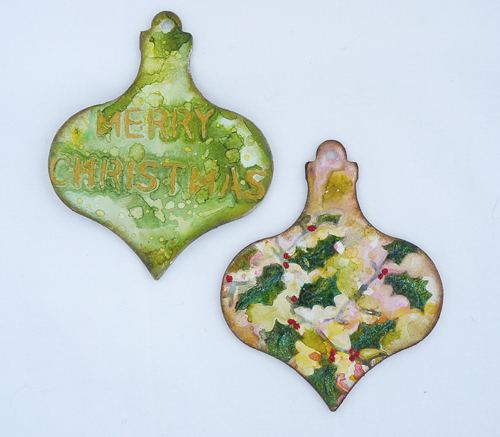 I started by covering all four with gesso and to start the texturing whilst they were still wet I pushed some of them down on the craft mat so that the gesso texturised when I pulled them off again. 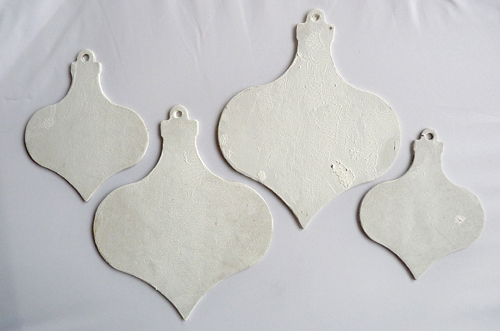 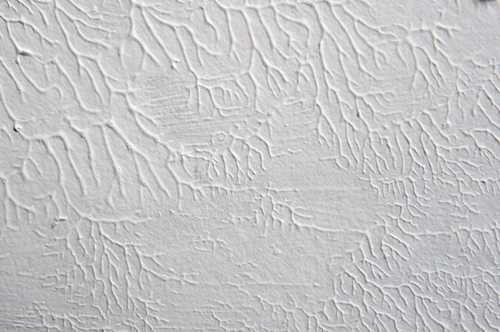 The second layer of texture is created with texture paste through a stencil and letting it dry. 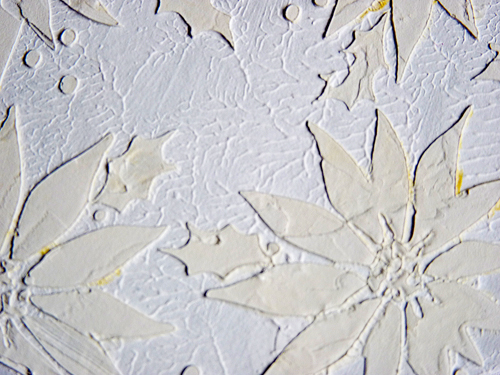 This was my first and the most simplest bauble using the brushos over both dry (merry) and wet (christmas) paste. Both worked so it's good to know you don't have to dry the paste before adding the colours.  Would you believe I used three different greens to get this mix? Olive, moss and lime. You'd think I'd used yellow and blue as well but it just shows how the powders burst into colour. 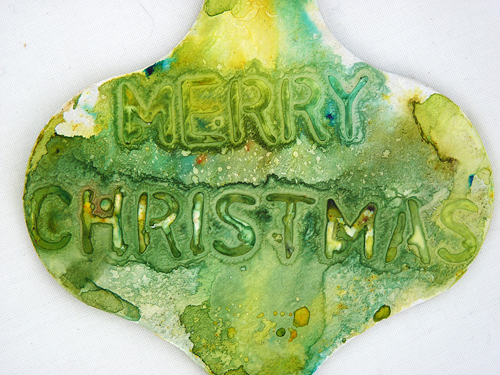 To distress and vintage the bauble a bit I blended leaf green, olive green and potting soil archival inks round the edges and then replaced the stencil over the words to allow me to rub treasure gold through it - oh no what a mess - in fact I was soooo disappointed in it I started to add black pen around the letters to highlight them which looked abominable ....... and I got so into the moment wondering how I could salvage it I forgot to take a photo - but here's take 2 after I painted some chalk paint (just 'cos it was sitting on my desk) and then some gesso over it and used the brushos all over again. 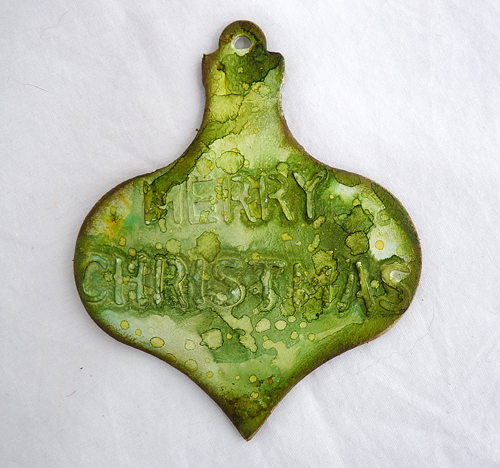 This time I replaced the stencil and daubed some decoart media metallic gold over it - phew what a difference .... thank goodness. 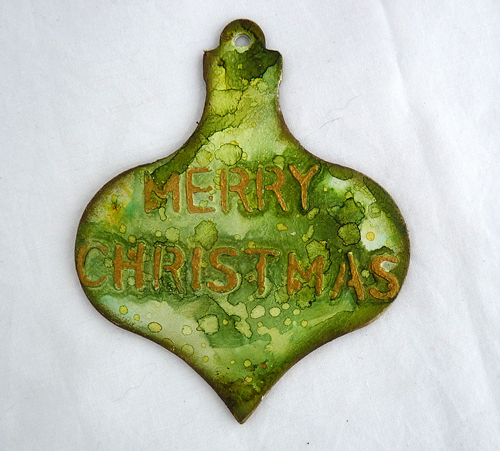 For this next bauble I painted the holly leaves with distress paints, heat dried them and then added some patina stickles to give them some glitz. I wanted to see how the brushos laid over distress paints so I mixed some very watery colours on my craft mat and dipped the bauble in several times, heat drying between each layer. 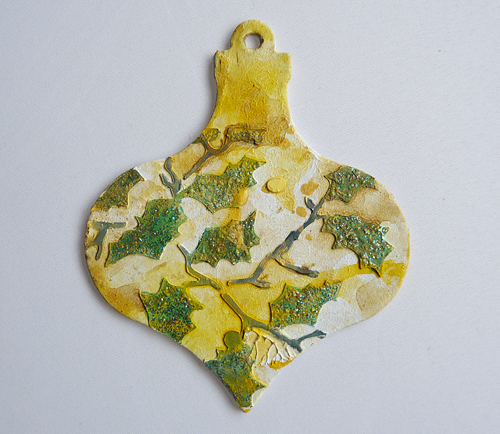 Then I repeated with the brushos and they laid over fine but the leaves were disappearing into the background and the colours were deeper than I wanted so the next step was to mix some watery picket fence distress paint on my mat and dip the bauble in and dry it. I repeated this a couple of times dabbing the leaves to keep as much of the paint off as possible. To bring the leaves back to life I painted on some more green brushos and green grass dylusions ink. 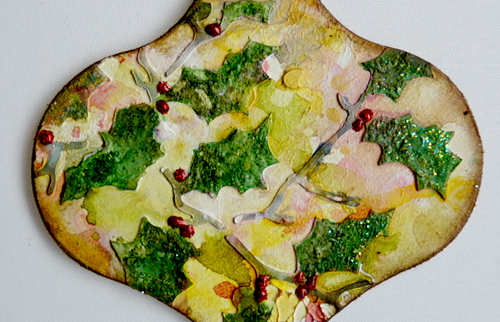 By the time I had sanded and edged the bauble with potting soil and added some stickle berries it now looked aged and vintagey. That's better!!! 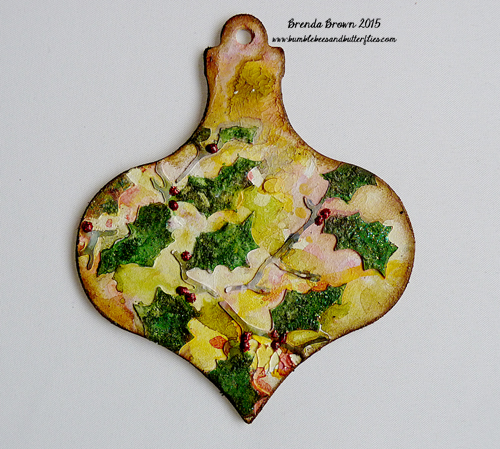 I haven't used stickles in a long while and had forgotten how difficult they make the photography. 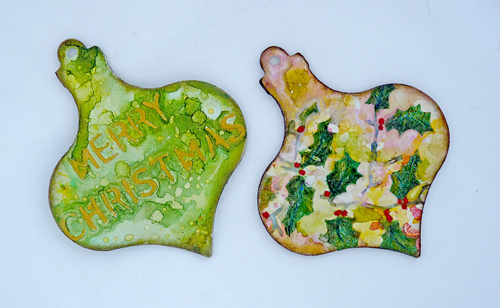 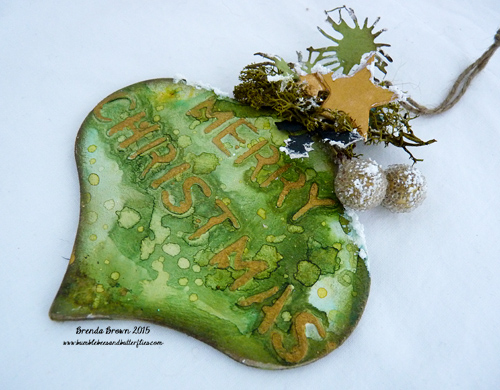 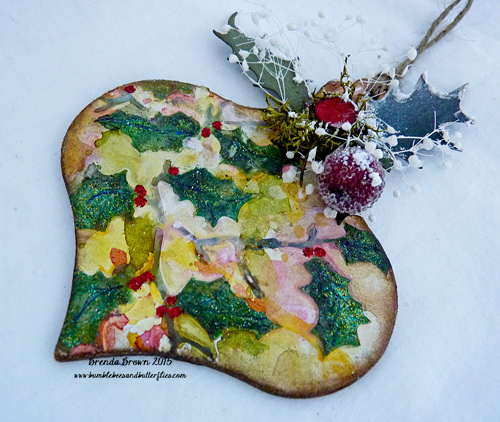 So this is the start of my textures and as I got further into experimenting with media and the stencilling I became even happier with my results, but you'll have to come back for the next installment to see what I mean.
I hope we will see you over at Country View Challenges. Thanks for stopping by today.