Crafting from the sofa #1 - Wildflowers panel

I have a new, hopefully short, series of projects specifically as the title says. Here's my project today but please be aware I'm not at my desk and I certainly haven't got many supplies around me ........

I'm having to craft on the sofa and if you're not friends with me on Facebook you may not have heard that I broke two bones in my right leg two weeks ago. I've been walking three or four times a week since January trying to keep fit(ish) and certainly didn't expect to take a tumble on a crumbly path and head straight down a bank towards a ditch. See those two small bush stems growing up? On the way down my right foot got caught on them and my weight went straight through that leg - ouch! 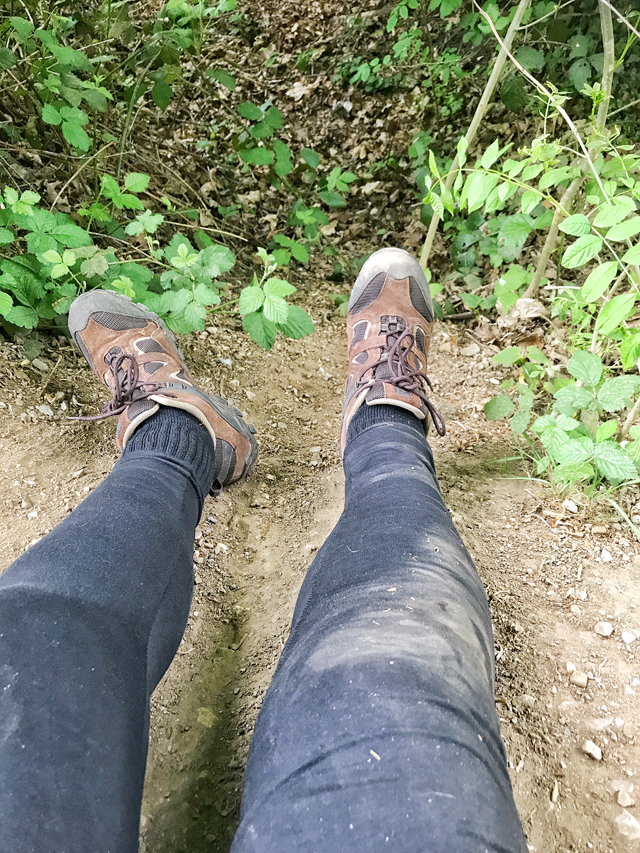 So now I am in a cast and during the day my leg has to be kept up and I can't put any weight on it. 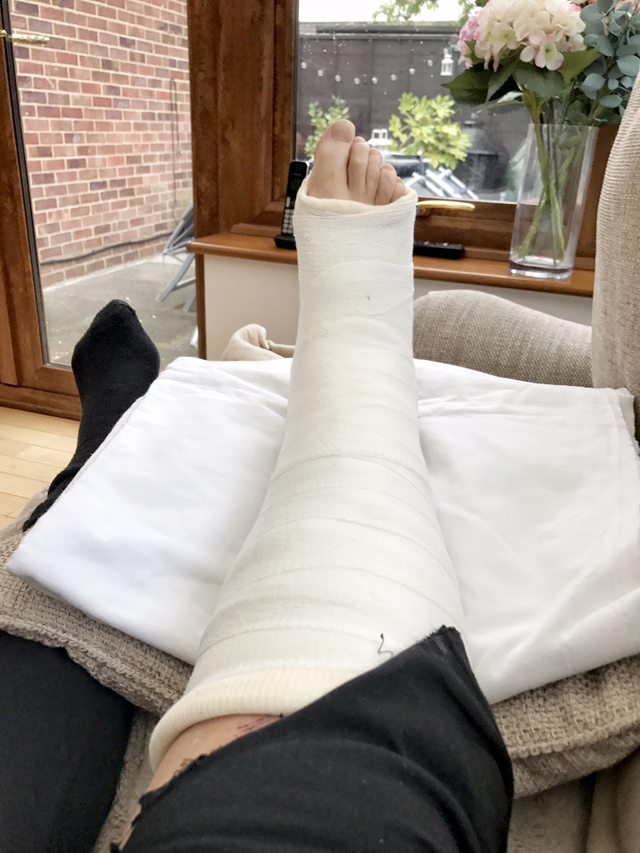 But with a very helpful, sensitive and 'tired' hubby (yes tired running around after me bless him), I have been able to gather a few supplies around me and have been determined to try and keep myself creating and making, albeit it simply. 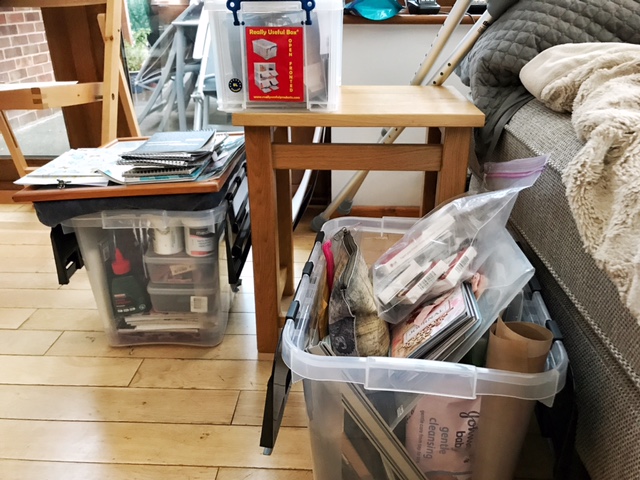 No tutorial today, I just got out the journal I have been making for this months Country View Crafts challenge sample that was published in the last post and decided to do a section in it and call it 'Crafting from the Sofa' hence the title of this post.  I have been making a few more panels and will be recording them here at Bumblebees and Butterflies.

This was made using some media paper dipped into watery distress oxides, Tim Holtz stencil and butterfly stamp and some of the lovely wildflowers that had been cut for another project and not used.
The sentiment from Tim's Small Talk stickers is just perfect - I'm luckily not in pain and being in the conservatory during the day means I can look out on the garden. Yes I would like to be out in it - but hopefully it won't be long. 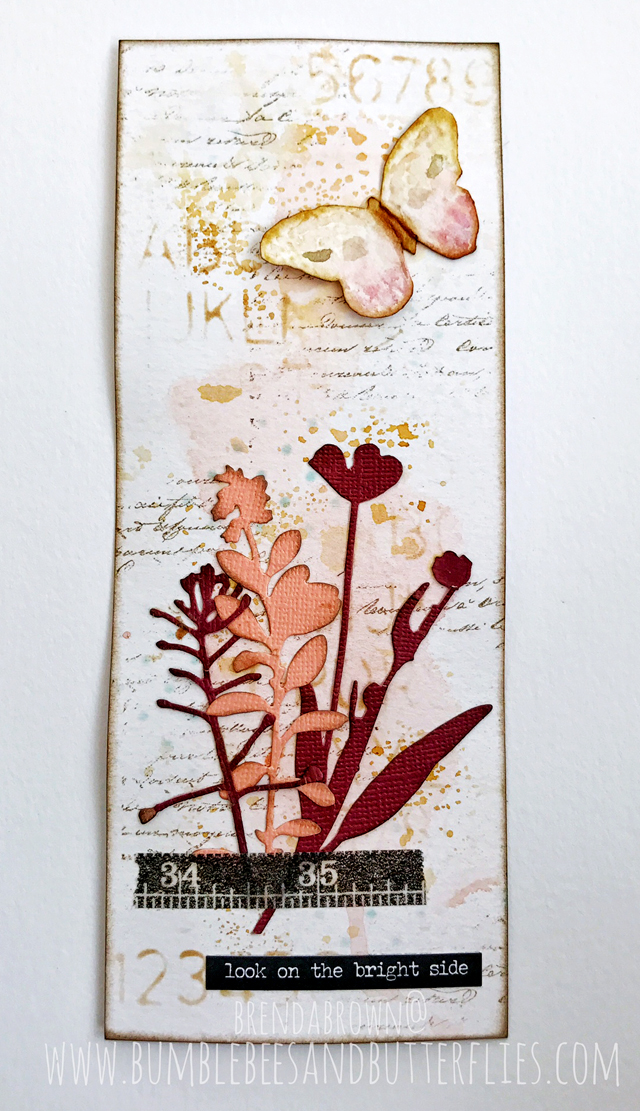 Here's the panel added to the midori notebook in the journal. 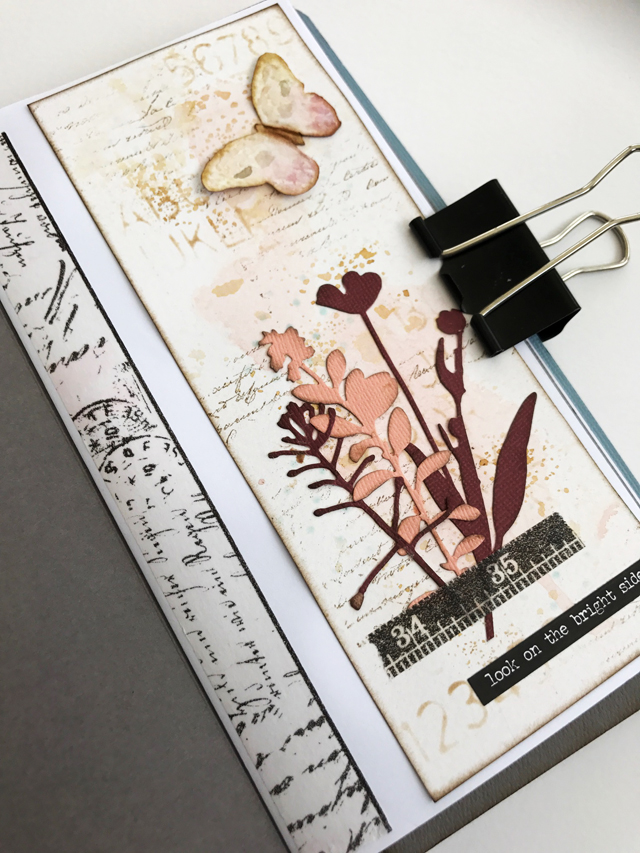 The photos were taken on my iphone 7+ and adjusted in Snapseed before importing over to my laptop and resized in a very early version of Photoshop Elements, but the process worked.

I have an appointment at the fracture clinic tomorrow and this cast will be removed and my leg reassessed as to what the next step is (excuse the pun). I'll let you know soon.