On your travels at CVC

When making decisions about what to make for this challenge I was reminded of Tim's fabulous sheet from the Lost and Found stash depicting all the hotel badges from around the world so I thought I would combine it with the fabulous photo booth characters. I set about making some memory travel cards for each individual using the 12 x 12 cut down into 3 x 4 pieces as the backgrounds..

Mixing Tim's papers, photos and ephemera was a delight I loved cutting and sticking these together to create little memory cards for each person. 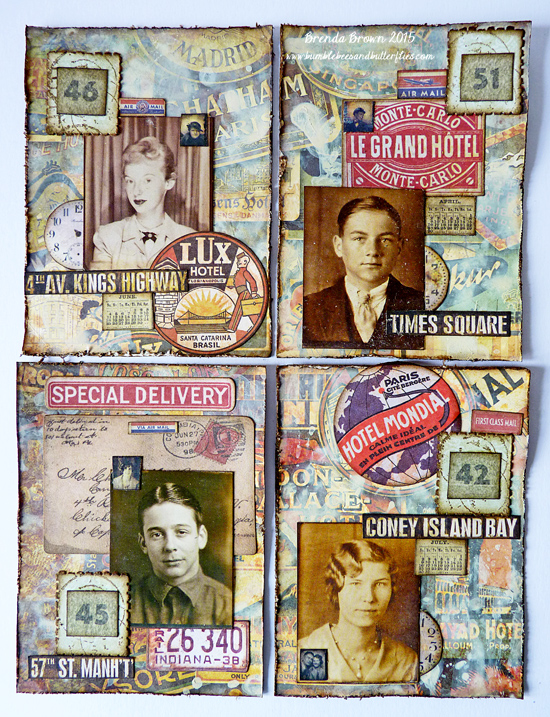 I began by choosing and placing all the collage pieces on a background to see what would work. Immediately you can see that the background and elements merge together so it's difficult to see the focal parts that help tell a story about the character. 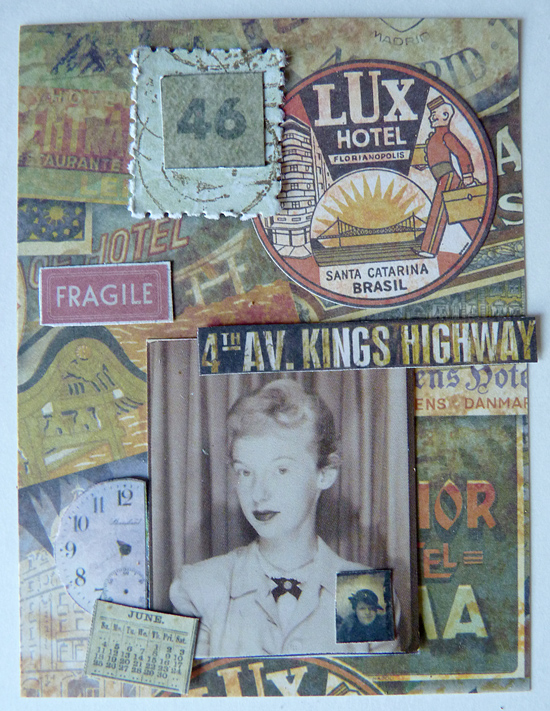 I needed to tone down the backgrounds so I used antique linen distress paint spritzed with water ..... 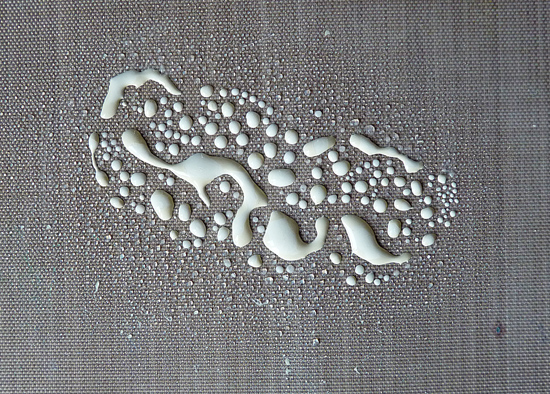 and dipped the backgrounds and dried them several times until I was happy with the results. 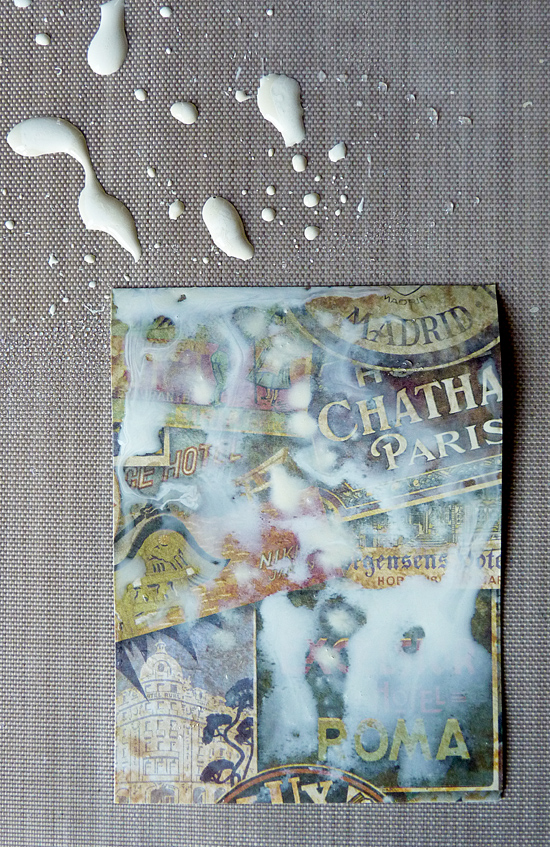 Now I was happy that I could use these and as you move to the individual cards there is a story for each one. 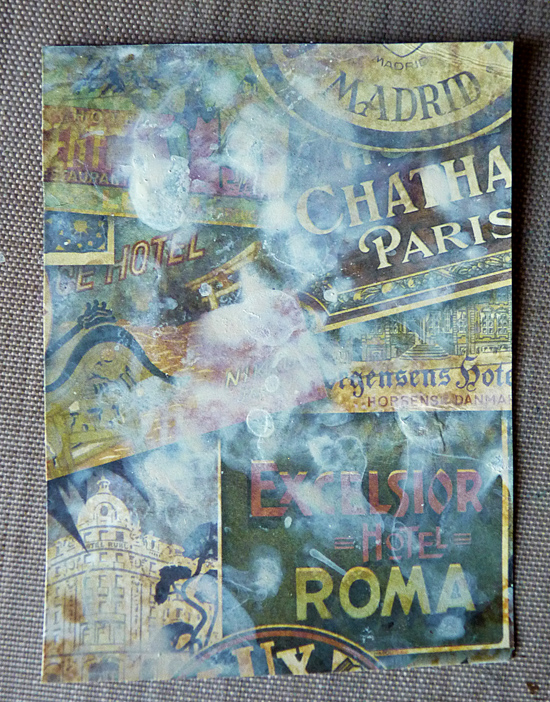 This is Marie who travelled to Florianopolis in the beautiful state of Santa Catarina, Brasil in 1946 to see her mother who had moved there. Her travel memory card reminds her of her journey from Kings Highway, Brooklyn in June of that year and as her mothers home was very small she stayed in the Lux Hotel. 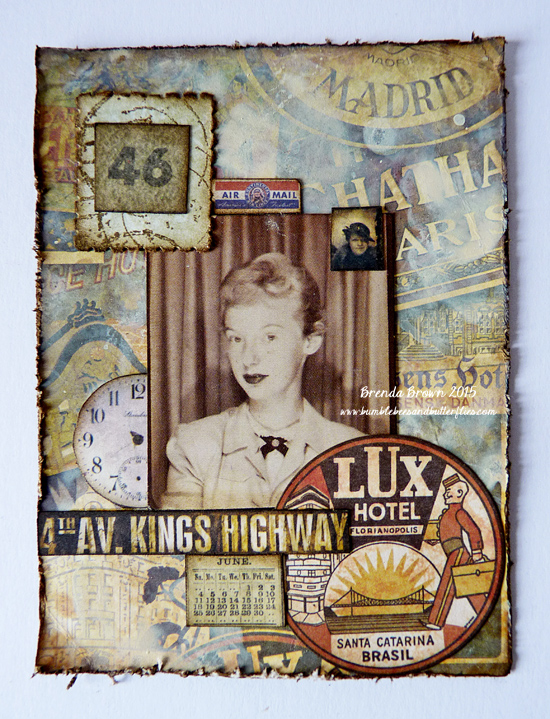 Henry has a pen pal in France and he travelled from Times Square in New York to see his friend. The year was 1951 and this independent young man was eager to be staying at Le Grand Hotel. 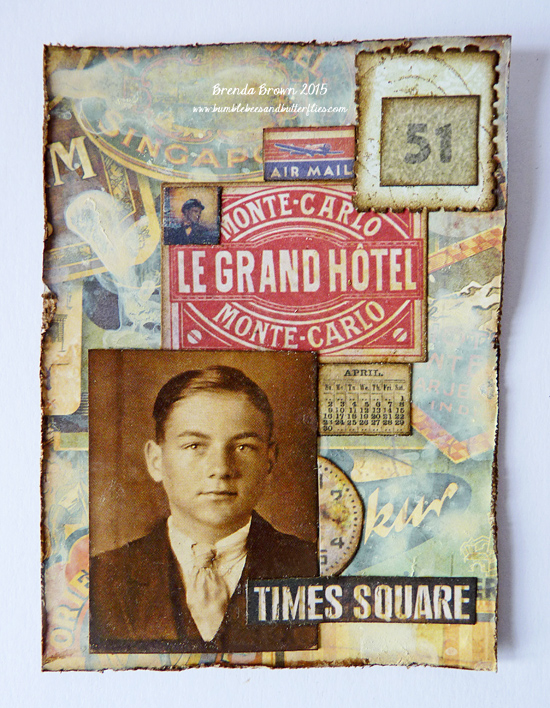 George had a wonderful vacation in Columbia but missed his girlfriend tremendously and was so pleased to travel home to Manhattan to see her. 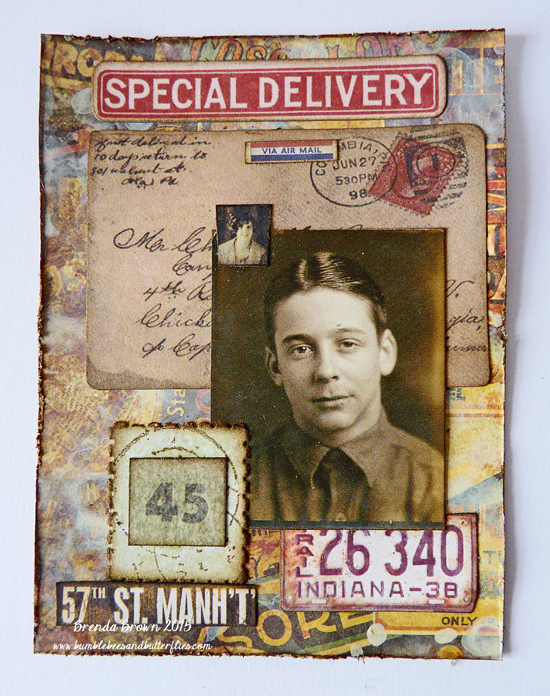 Nancy travelled to Paris in 1942, her parents were quite unaware of her trip and thought she was going to California to visit some friends. This was an unusual visit, travelling incognito to the Hotel Mondrial in Paris, trying to avoid being noticed as she had a very secret job to do. Her memory card was very special to her after the war reminding her of this unique role she played in helping Britain win the war. 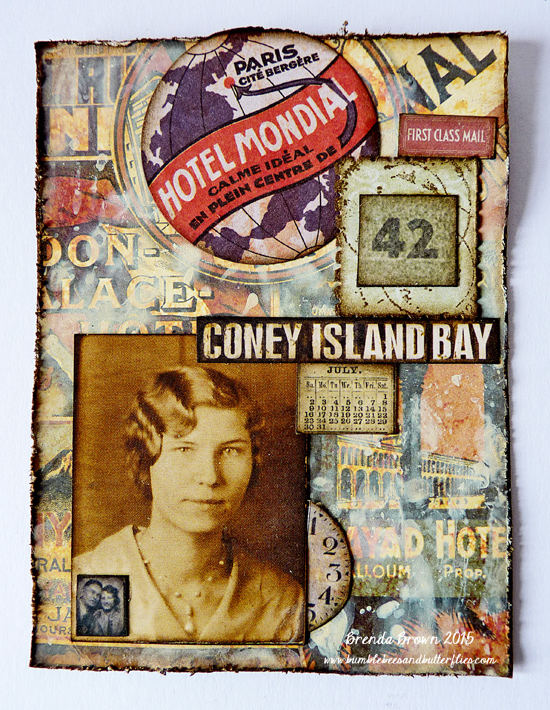 I love the idea of making travel memory cards with snippets of ephemera as memory joggers later in life. I am useless at finishing my travel albums but a card would be so much quicker and easier, I think it is something I will adopt in the future when I travel to places. 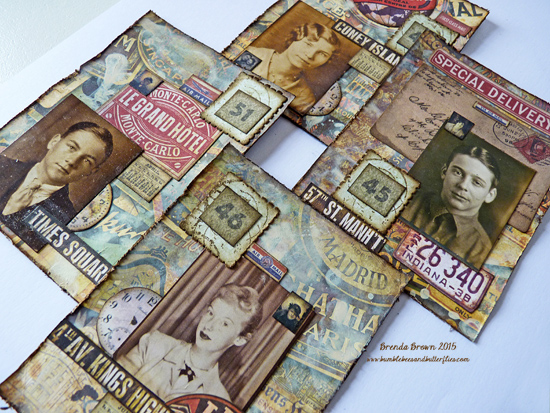 I hope you will have fun with the travel theme at Country View challenges, do pop over and see all the wonderful inspiration from the team.

Thanks for stopping by today - enjoy the rest of the week and hopefully some creative time.